How B2B Marketplaces Can Beat Amazon

As tech giants like Amazon enter the B2B distribution sector, traditional companies have responded with two broad strategies: digital innovation, and mergers and acquisitions. But those two terms cover a breadth of activity, not all of which will be equally helpful in competing with Amazon Business. The success of either approach depends heavily on how deeply a company understands the nature of Amazon’s threat.

The hint is in Amazon’s own history. For decades, Amazon didn’t enter the B2B distribution market. In 2012, its first attempt took the form of Amazon Supply, an effort that ultimately failed largely due to a linear business model (i.e. Amazon owned all the inventory it sold) which couldn’t compete on price against the established B2B distribution leaders. But Amazon didn’t give up, and in 2015 it launched Amazon Business, a B2B distribution marketplace. The disruption has been swift. In 2017, Grainger’s Q2 profits dropped by 43%.

Not all innovation and acquisitions are created equal

Grainger responded with digital innovation. In the summer of 2017, over two years after the launch of Amazon Business, Grainger launched Gamut.com, an aesthetically pleasing online store that helpfully categorizes parts by type and use—just like the now-defunct Amazon Supply did.

Other B2B distributors decided to compete on scale by acquiring competitors, such as Beacon Roofing Supply’s acquisition of Allied Building Products in early 2018.

Both of these responses—linear web stores, and acquisitions—miss the crucial element to Amazon’s success. While Amazon’s size and tech savviness are big components of its success, neither is the key to Amazon’s dominance. Amazon regularly takes down long-standing industry giants across sectors, and many competitors have built impressive app- and web-based service portals that nonetheless struggle to compete against the tech giant.

Platform business models are becoming dominant in more and more industries, and its one that is already having a big impact in B2B. Amazon Business is a platform. It connects buyers and sellers, opening up its marketplace to would-be competitors and taking a commission on every sale.

More generally, platform business models connect producers/vendors with consumers, and earn revenue by either charging producers (e.g. Uber takes a fee from drivers), selling ads (like Facebook), or charging consumers for convenience (such as a small fee for Venmo instant money transfers). These types of business grow exponentially due to network effects, where each new user—whether a producer or consumer—increases the value of the platform for other users.

Those who simply give their apps a design facelift and add more auxiliary services fail to understand what makes companies like Amazon tick. Those who acquire a competitor or small operator in an adjacent vertical are missing the crux of big tech’s threat.

Innovate with intent to disrupt

So how can established B2B distributors compete? Let’s take a look at innovation.

Returning to the example of Gamut by Grainger, the web store is well designed and intuitive. Amazon Business also offers other services and perks such as the Amazon Tax Exemption Program, a powerful analytics engine, and speedy delivery. Gamut keeps pace, offering similar exemptions, analytics, and delivery. This type of innovation has indeed helped Grainger regain some footing after its 2017 shock. In 2018 Q2, the company posted a 7% growth in gross profits over the year prior. However, recall that in 2017 Q2, their profit decreased by 43%. It’s clear that they haven’t quite recovered from Amazon Business’s disruption. Additionally, while revenue has grown amid a historically strong economy, Grainger’s gross margins have continued to decline.

How has Amazon accomplished this in such a short span of time? As I wrote of Amazon’s business model in an article for MDM,

“This model brings unparalleled catalog breadth, as it allows Amazon to focus on selling a handful of high-volume items while leaving the rest up to everyone else. The long tail drives less revenue for Amazon but greater margins. According to analyst estimates, on third-party sellers account for more than 80 percent of the listings on Amazon’s B2C site, and third-parties now account for more than 50 percent of its total sales. And to top it off, profit margins from the Amazon Marketplace are double those from Amazon’s linear reselling business.”

Gamut took a linear business model and made it digital. That’s certainly helpful and addresses some customers’ pain points, but it isn’t the disruptive, transformative innovation that will claw back market share. Gamut as-is may go the way of Amazon Supply.

Amazon Business’s innovation in B2B distribution has reshaped the market and B2B consumer expectations. For incumbent B2B distributors to compete, they need to meet these new expectations, and if possible, innovate by creating additional services to layer on top of their marketplace that Amazon does not offer.

One B2B distributor, Klöckner & Co SE, has already taken this approach. CEO Gisbert Rühl knew there was a big opportunity for a marketplace in the metal industry. He hired Applico’s expert platform design team to work alongside Klöckner engineers in their Berlin offices for a 10-week period of time. Given Klöckner’s existing scale in the industry, the team developed a plan for how to leverage core capabilities from Klöckner’s core business that would provide the platform with a unique advantage against competitors. In Q1 of 2018, XOM Materials by Klöckner launched with participation from Outokumpu, one of the largest metal manufacturers in Europe and the U.S. Click here to read more about Xom’s platform design.

If you can’t beat them, buy them

Of course, for sprawling, multi-billion dollar distributors with multiple decision-makers and shareholders, building a platform in the shadow of major competitors may not be feasible. Currently, the B2B distribution sector is undergoing consolidation, but little attention is being paid to the underlying business model of the acquired companies.

Based on Applico’s analysis, the largest acquisitions have been overvalued. Take for example Beacon Roofing Supply’s acquisition on Allied Building Products. Beacon paid $2.62 billion, an estimated 13.5x over Allied’s earnings. In 2016, Johnson and Johnson bought Abbot Medical Optics for $4.3 billion, which is roughly 4x Abbot’s sales the year before.  These multiples suggest an optimism at odds with trends in the B2B distribution sector.

Because platform business models offer wider catalogs, cheaper prices, and more supplier options, linear business models such as Allied’s and Medtronics will struggle to keep pace. Past performance is only an indicator of future performance if all else holds equal, but with the emergence of marketplaces in B2B distribution, all else is not holding equal.

This story has already played out in retail through the aughts and early 2010’s. Remember back in 2005 when Federated Department Stores (which owns Macy's and Bloomingdale's) paid $11 billion to acquire May Department Stores, which owns Lord & Taylor and Marshall Field’s? In August 2016 Macy announced that it would be closing 15% of its stores. According to The Information, in 2017, “Amazon’s operating income [from retail and Prime subscriptions] for North America... reached nearly $2.84 billion...more than seven times the profit it generated in 2014.”

It took 20 years after the founding of Amazon for a retail giant to finally acquire a platform business. Walmart acquired Jet.com in 2016, which has grown quickly since then and become the only real challenger to Amazon. In 2018 Q2, Walmart reported a growth in eCommerce sales of 40%. But the acquisition of Jet.com did more than boost Walmart’s bottom line. Jet.com has also provided Walmart with a new target market: urban millennials, a demographic that was notoriously hard for Walmart to reach.

Thus, B2B distributors looking to learn from Walmart’s example need to take into account all of the factors that made Jet.com an attractive deal for Walmart: a marketplace, a startup that needs the cash, and a business with access to a different target market.

The Walmart example is so instructive for B2B that Applico wrote a white paper about it. Download the white paper Walmart vs. Amazon, and How Retailers and Distributors Can Win.

There is a third option for B2B distributors, which is to collaborate. Traditional leaders across different verticals can work together to build a platform that stands up to Amazon Business.

This kind of collaboration has already happened in finance, when 30+ leading banks including Bank of America, Chase, JP Morgan, and Wells Fargo banded together to create Zelle, a competitor to Venmo and Paypal.

There is an opportunity to do the same in B2B distribution, and Applico has been spearheading the conversation through invite-only events. For more information on how to get involved in this initiative, contact Applico: 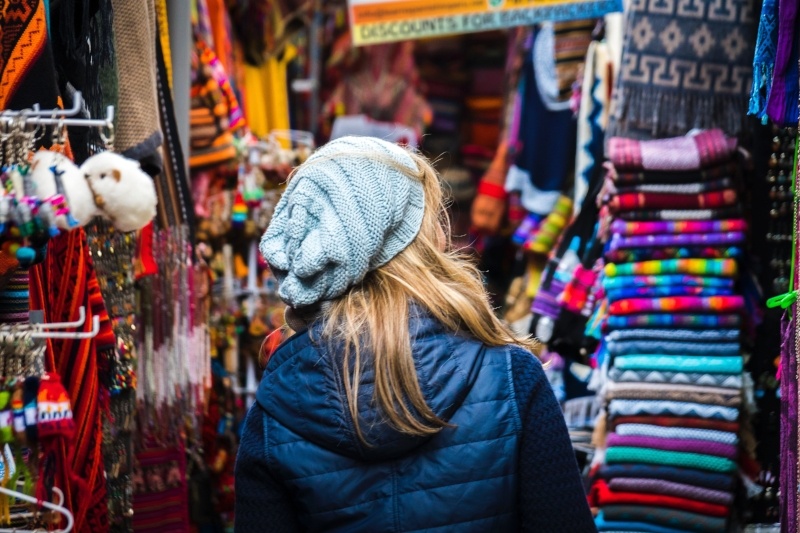 UK Focus: Why is it so hard to integrate suppliers into eCommerce (and what to do about it)?