Black Friday and Cyber Weekend 2018: The Winners and Losers

As the dust settles from Black Friday and Cyber Weekend, we take a moment to reflect on this year's winners and losers on what has become a pivotal event in the retail calendar.

Thanksgiving is no longer just a day synonymous with turkey, pumpkin pie and football. Increasingly, it’s all about the deals. This year Black Friday started early with online sales reaching $3.7 billion on Thanksgiving Day (up 28 percent from last year), meaning shoppers found time to take advantage of early Black Friday deals between the Macy’s Thanksgiving Day Parade and before the post-meal tryptophan kicked in.

The next day was no different. Black Friday itself smashed records with online sales reaching $6.22 billion, up 23 percent from last year. And it was estimated that over 165 million people shopped over the weekend which included a number of online-only deals on Cyber Monday.

One of the most popular products was the PlayStation 4 game console. Both Walmart and Best Buy offered an aggressive combination of a PS4 and Spiderman bundle, knocking off $100 from the original PS4 price (now sold out on Best Buy).

The deal quickly sold out at the $199 price on Best Buy but is still available on Walmart via their marketplace sellers. Best Buy and Walmart were able to leverage their owned stock to give their customers a competitive deal on Black Friday. But price and selection are a huge factor in a consumer’s choice of where to shop over the holiday season.

By the end of Black Friday, Best Buy was sold out but Walmart was still in a position to win the sale by using third-party-sellers to extend availability on their site. Granted, it was at a higher price but still $4 less than Amazon. 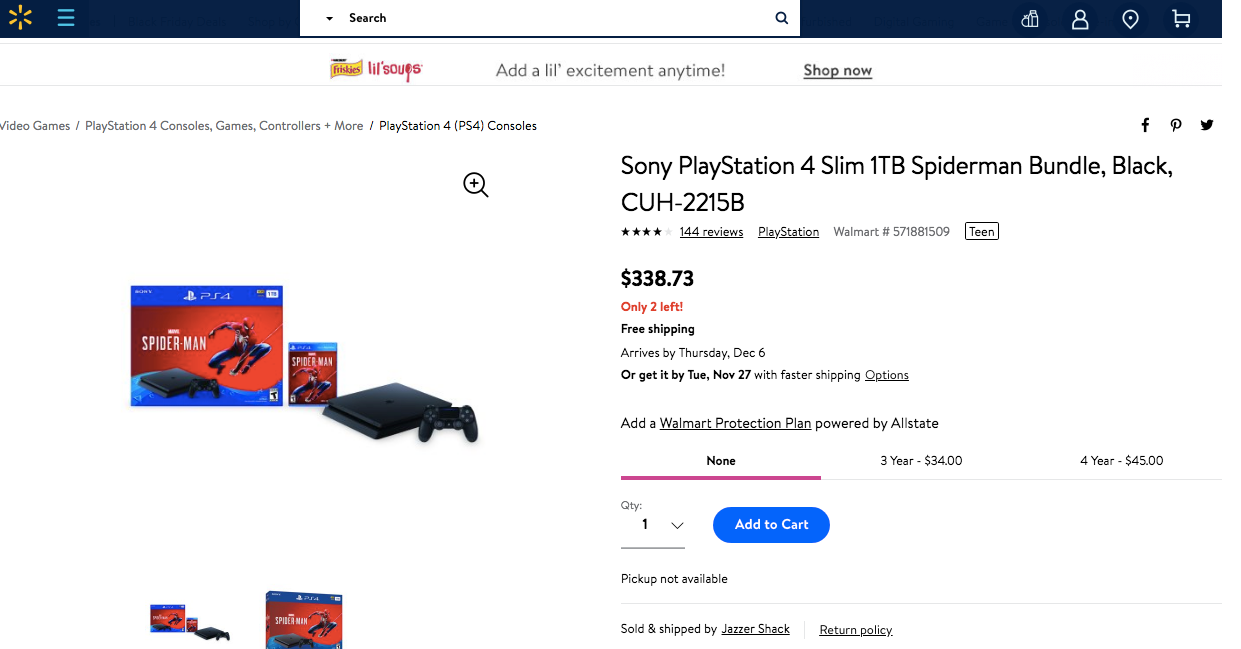 Despite the issues of out-of-stock that plague retailers each year, certain retailers came prepared for the biggest shopping weekend of the year. Who won and who lost…

Black Friday is getting more and more competitive each year. This year saw the lowest prices for products ever. And not just on Friday, the deals started on Thanksgiving or even earlier.

One of the most popular products was the PlayStation 4 game console. Both Walmart and Best Buy offered an aggressive combination of a PS4 and Spiderman bundle, knocking off $100 from the original PS4 price (now sold out on Best Buy).

Two factors were huge in the success for these retailers this holiday season: Smartphones and Click-and-Collect.

Kohl’s saw a record day of eCommerce sales on Thanksgiving. More than 80% of online traffic came from mobile devices. Hot ticket items such as Instapots and Fitbits were selling at 60 and 40 per minute. 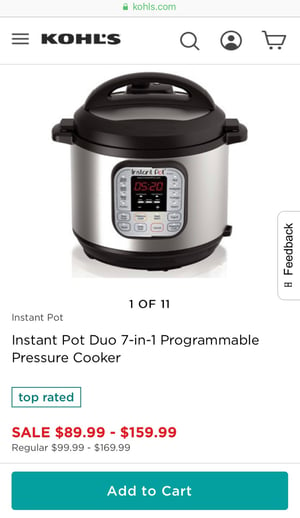 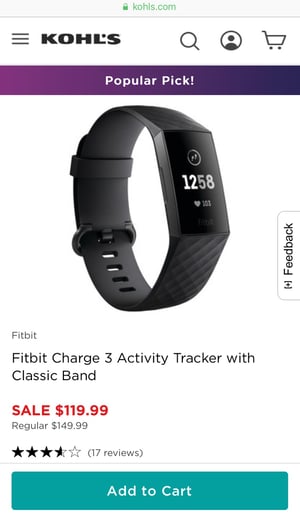 The added benefit for Kohl’s? Click-and-collect. Shoppers buy on their phones and opt to pick up their purchase in store. Bringing in more store traffic and hopefully more purchases. Target and Walmart also invested heavily in the added feature this year. Click and collect orders were up 73 percent from last year.

Providing their customers with click and collect created stronger in-store traffic for retailers. “The story for this year is that healthier in-store traffic combined with outstanding digital growth will lead to strong results at many U.S. retailers,” said Oliver Chen, an analyst for Cowen & Co., who said he was most impressed by foot traffic at Walmart and Kohl’s.

While online sales experienced a large uptick this year, foot traffic to malls flatlined. JLL, a commercial real-estate management company, polled the malls and found that 62 percent saw similar foot traffic as 2017. However this increase in mobile and online orders means less footfall in-store. While retailers like Kohl’s are using the growing online sales to their stores, malls are falling flat.

The Black Friday phenomenon has truly gone global. Even though Thanksgiving is an American holiday, that hasn’t stopped French retailers like Monoprix, Darty and Fnac from taking advantage of the shopping spree. In France we found that

are making more than 75 percent of their holiday purchase online in 2017. For many the threat of Amazon has pushed retailers to take part, especially since Amazon started deals in Europe on November 14th.

We know the UK love to shop online, in fact

are doing the majority of their holiday shopping online now. In a recent poll 42 percent of British consumers said they plan to spend on Black Friday deals. Early reports paint a similar story of consumer behavior to the US, with footfall down 7 percent and online orders up by 47 percent year on year, according to an early estimate.

There’s still a number of weeks left in the holiday shopping season. In fact, almost half (48%) of consumers did less than 25% of their gift shopping over Thanksgiving weekend, and overall consumers have more than half of their planned shopping left to do. So plenty of time for retailers to attract those crucial holiday sales. For retailers to keep their season tidings and make their customer’s holidays cheery and bright it’ll take a platform approach. Retailers need to adapt to trends and hot ticket items with a combination of owned stock and 3rd-party-sellers to extend their offering when out-of-stock hits. When their customers make purchases, they can drive store traffic with click and collect.

Read our holiday eBook, Santa's Out-of-Stock: Why customers will abandon your basket this holiday season to get our top recommendations to make the best at of this peak period.

Shea is the Field Marketing Manager for North EMEA. Shea has been a member of Mirakl's marketing team since 2016, first starting out in the Boston office with the US team, helping to grow the Mirakl's footprint in the Americas. Most recently, Shea moved to Paris in the spring of 2019 to join her EMEA counterparts.

The State (and Future) of Digital Marketplaces